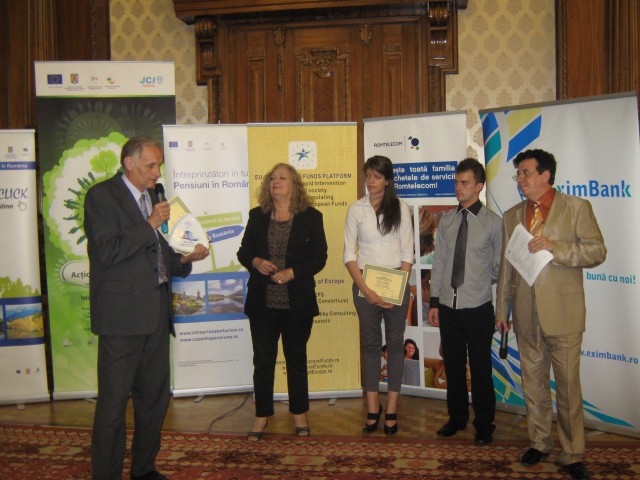 Under the aegis of the European Commission and the High Patronage of the Chairmanship of the Organization of the Black Sea Economic Cooperation, on the occassion of the European Maritime Day in Romania, EUROLINK-House of Europe Foundation organized on the 17th of may 2012, in ”Constantin Stere” Hall, the Senate of Romania, Palace of Parliament, Bucharest, the High Level Stakeholders Forum, entitled ”The strategic confluence between Black Sea and Danube-the gate towards new innovative investment opportunities.’ ‘Associate partner was EximBank and the official sponsor, ROMTELECOM.

I had the pleasure and honour to be invited to attend this prestigious international forum by Mr. Prof. Sever Avram, the executive President of EUROLINK-House of Europe Foundation, 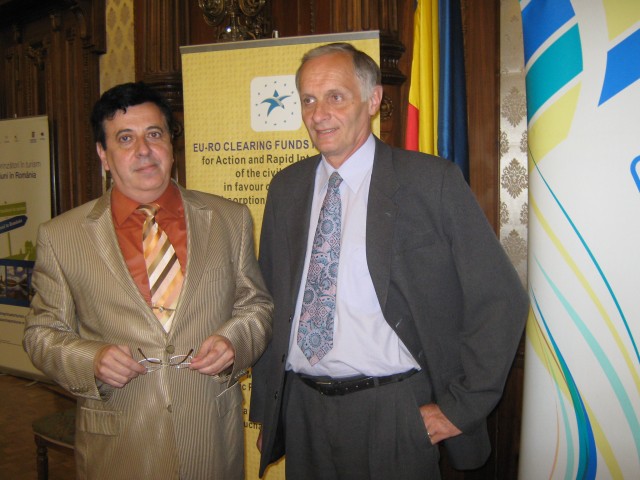 The Chairmanship of the forum was assured by His Excellence, Ambassador Liviu Bota, ex-Deputy Secretary General of United Nations, Honorary President of EUROLINK-House of Europe Foundation.

After messages, points of views and vivid discussions between the representatives of the main organizations which joined the forum, like European Parliament, Romanian Academy, Parliament of Romania, Romanian Ministry of Foreign Affairs, Office of the Natioanl Coordinator for the EU Strategy for the Danube Region, Romanian Naval Forces, ASPEN Institute Romania, National Foundation for Young Managers, etc, the participants have been invited to the Gala Ceremony (second edition) of the Trophies ”Black Sea-Danubian Social&Economic Innovator.”

At the end of the Gala Ceremony, I had the pleasant surprise to be among the winners of the Trophies ”Black Sea Danubian Social&Economic Innovator”, for ”creating and promoting a new concept in European arts, Archetypal Expressionism”.

Another two prestigious winners of this awards in the field of culture have been : Constantin Chiriac, maybe the best cultural manager of Romania, director of the National Theatre ”Radu Stanca” Sibiu, director of one of the best theatre festivals in Europe and former  manager of the very successful project, Sibiu-European Cultural Capital 2007; Monica Ghiurco, a very well-known and beloved TV star, from the National Television, TVR. 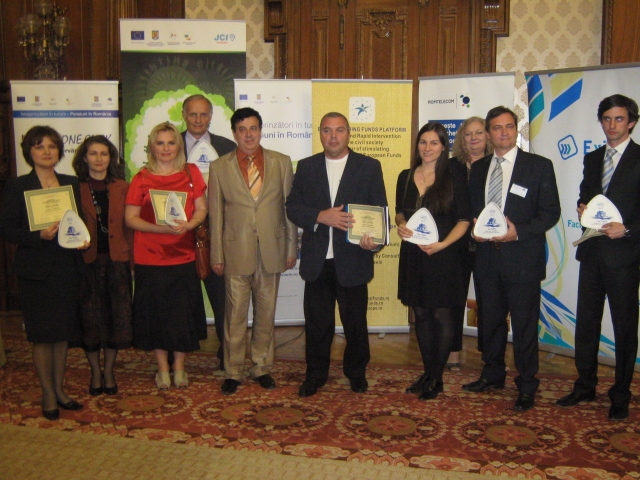 With the trophy, nearby Sever Avram, Monica Ghiurco and Constantin Chiriac.

Constantin Severin (constantinseverin.ro) is a Romanian writer and, as a visual artist, the founder and promoter of the award-winning concept known as archetypal expressionism. He is the author of eight books of poetry, essays, and novels, and his poems have been published by major Romanian and international literary magazines. He is one of the editors of the French cultural magazine Levure littéraire.
View all posts by Constantin Severin →
This entry was posted in Art and tagged archetypal expressionism, constantin chiriac, cristian hera, eurolink-house of europe, european maritime day, liviu bota, monica ghiurco, sever avram, trophy ''black sea-danubian social&economic innovator''. Bookmark the permalink.

1 Response to European Award for a New Concept in European Arts, Archetypal Expressionism