Posted on August 14, 2012 by Constantin Severin 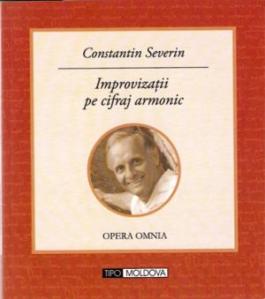 Best Poems Encyclopedia is a breaking ground project in the field of Poetry, accomplished by the poetry lovers from the East Tennessee State University, USA, especially by the writer Eva Reynolds, assistant professor at the English Department.

Eva Reynolds contacted me to join this unique anthology last year, in September:

Hello from the editors of Best Poems Encyclopedia,

As a poet and a writer, I would love to connect with you, so I can
invite you to submit your texts for 2011 Best Poems Anthology
selection and featured Poets section on the site. This month poets are Kelle Groom and Martina Newberry for contemporary poets and Pablo
Neruda, Robert Frost and Maya Angelou for all time famous poets.

We’ve just finally finished the redesign of our website and we are
trying to get all our friends together in one place: If you feel so
poetically inclined and have a Facebook account, drop by:
http://www.facebook.com/bestpoems

This symbolic support will be appreciated. Please don’t hesitate to
open an account and submit your texts using our online forms on the
site.

Thank you very much, we look forward to see your poems in the
Anthology.

You may read my poems translated into English at World Poets and New Poets sections, but also three of them, ”Improvisations on armonic key”, ”The Alchemical City” and ”Wild Strawberries” have been recently included on the all times Best inspirational poems. You may find here a short selection of some of the best poems written by authors of universal value like Walt Whitman, Allen Ginsberg, Friedrich von Schiller, Khalil Gibran, Lawrence Felinghetti, Elizabeth Barret Browning, Robert Browning, etc

’’This is a collection of accomplished, acutely observed verse which takes a critical and uncompromising look at today’s society. Severin’s style is compelling in its unconventionality and recalls the brevity, intensity and minimalism of the Imagist poets of the 1930′s, particularly in his portraits of the city. This antology is both a celebration of, and a grim testament to, the condition of modernity’’

“Constantin Severin is a real poet, aware of the fact that the life of the spirit is completely imbued with ethos, feeling respect for all forms of life, reclaiming their redemption and integrity. He suggests, more than saying.
It’s not good to draw anyone near someone else, but since the name of Eliot has been put forward, I guess mostly for the feeling of distress which is omnipresent, I would say that his use of the words is closer to Pound’s.
His images are dramatic and strong, mixing the stability of archaics and the mobility of actuality. The strings of his lyra are ever tense and its sounds are sharp. His words float on a stormy sea, green leaves torn off from their trees by furious winds, becoming the symbols of ideas and feelings.”

”To date The Renku Column has been conservative in its choice of material;the two solo Nijuin, After Light the Fire and Beyond the Labyrinth, mark a departure. Romanian poet Constantin Severin brings a radically different sensitivity to haikai-no-renga, by turns surreal and introspective, speculative and metaphysical. The poems, with English translation by Liviu Martinescu, are from the ground breaking The Axolotl: the first collection of renga to be published in Romanian.”

”I have also read his translation of Constantin Severin’s Wall and Neutrino into English, and I can see from this fine work that he clearly is a gifted translator with an
excellent sense for the nuances of the English language”.

(Emory ELLIOTT, the author of the Columbia Literary History of the United States, about Professor Liviu Martinescu, my translator).

“The range and energy of Constantin Severin’s imagination is apparent in every poem he writes”.

”To send you word of my deep regard for the poem is an act of insincerity, because whatever I might say now, having read it, must be an incomplete and partial repose to a complex bundle of insights delivered in a dazzle of images — many Surreal, many others Expressionistic. It is as if Allen Ginsberg and Apollinaire had collaborated.

One cannot find the bottom without, I suspect, many submersions in the text. I am prepared to pay this work the highest praise by calling it a poem, which conveys, like any poem worthy of the name, the ineffable experience of living in the world — not any world, but this one, which we are cursed (I believe it so) to inhabit.”

(A major American Writer, Norman Lock, about my poem ”Wall and Neutrino. The Poet in New York”)

A nice event in my life was a letter with two books included (free of charge) from the editorial department of one of the most prestigious anglo-saxon publishing houses, PENGUIN (‘’I’m very impressed by all your work(…)’’, 1996)

Constantin Severin (constantinseverin.ro) is a Romanian writer and, as a visual artist, the founder and promoter of the award-winning concept known as archetypal expressionism. He is the author of eight books of poetry, essays, and novels, and his poems have been published by major Romanian and international literary magazines. He is one of the editors of the French cultural magazine Levure littéraire.
View all posts by Constantin Severin →
This entry was posted in Literature and tagged emory elliott, john carley, manrico murzi, Norman Lock, penguin, wall and neutrino.the poet in new york. Bookmark the permalink.