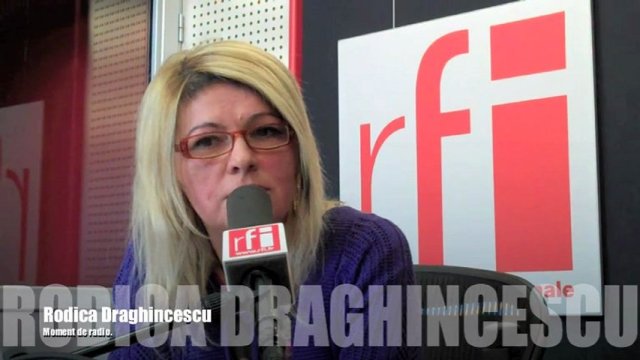 Some days ago was launched the 7th issue of the prestigious quaterly international cultural magazine, Levure littéraire, with a new and amazing design and over 100 major contributors from all over the world. This magazine was founded in France by the well-known French born Romanian writer, Rodica Draghincescu.

This issue also represents a new and significant page for my bio-bibliographical achievements, because it’s the first one since I was included among its editors.

The editorial staff published a fragment from my future novel, ’’The Stranger from Ada Kaleh’’

and two interviews, one I made with the Romanian writer, Nichita Danilov,

and the other with the German born Romanian gallerist, Emilia Suciu, owner of a famous art gallery in Germany.

The best description of this breaking ground cultural project was made by Rodica Draghincescu herself:

Intended as an ethical and aesthetic ferment, Levure is a space for creative initiatives and thoughts, without financial support, without hegemonic pretences, which favours the quality and originality of the constructive Act of Culture. In these times of economic crisis, and particularly of extreme moral crisis, when Peace, Education and Culture are being marginalized, since it is no longer in fashion to cultivate humanism, Levure persists in seeking with you the path to a secret bridge, toward a peaceful place conductive to meditation, beyond the barbarity and vulgarity of everyday life. With the intention of remaining in the tradition of the universal spirit of the Enlightenment! (…)

Constantin Severin (constantinseverin.ro) is a Romanian writer and, as a visual artist, the founder and promoter of the award-winning concept known as archetypal expressionism. He is the author of eight books of poetry, essays, and novels, and his poems have been published by major Romanian and international literary magazines. He is one of the editors of the French cultural magazine Levure littéraire.
View all posts by Constantin Severin →
This entry was posted in Art, Literature, Post-literature and tagged constantin severin, Emilia Suciu, international cultural magazine, levure litteraire, Nichita Danilov, rodica draghincescu, The Stranger of Ada Kaleh. Bookmark the permalink.