Posted on December 9, 2015 by Constantin Severin 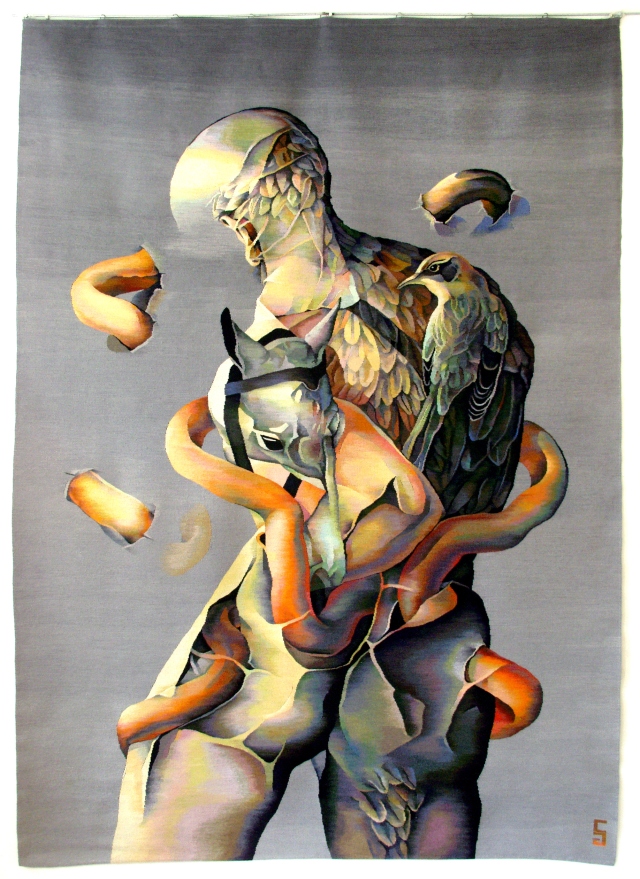 A brief statement of my work

It always was the human being that inspired me. EVERYTHING happens around it and I love to discover its magic, to draw in scapes, a feeling or a message, to cap-ture what cannot be rendered in words. To draw as if there were not sufficient words around, only images which, brought together, trigger frames of mind; similar to bringing substances in a crucible. My original idea is metamorphosed with a clarity that is difficult to explain according to any logic. Just like our lives. In my work the human being is I.
Gabriela CRISTU

(…) ’’ The Ovidian cycle of metamorphoses-peoples changing into animals, plants and lifeless matter-could best be identified in Gabriela Cristu’s huge tapestry « di-ary of a Moment « , which evokes the miraculous transformations of old. It is not a contemporary adaptation of a single story, but rather a surrealist vision suffused with historical, mythological, religious, and artistic references, such as the creation of the world and, in it, of man, in parallel with evolution teaching also; the story of Icarus; and the origins of biological species. This last process, however, seems to have been reversed. The Romanian artist’s vision indirectly evokes the cataclysm that the re-gion, and especially Romania, has experienced in the last two decades ‘’
(Edit ANDRAS, curator and editor of the catalogue of the exhibition ‘’KARPIT 2, METAMORPHOSIS. THE ART OF WOVEN TAPESTRY PAST AND PRESENT ‘’ – Museum of Fine Arts, Budapest. 2005 – 2006 ).

(…) ’’ Of the figurative weaves that do not consist of multiple parts, we must in any case mention the bold ‘’Diary of a Moment’’, by Gabriela Cristu. The size and the level of detail of the weave are linked to those of traditional tapestry art. Owing to the figuration shown, this to a fantasy world ‘’.
(Else JANSSEN, the exhibition catalog KARPIT 2, METAMORPHOSIS , Budapest 2005 – 2006 ). 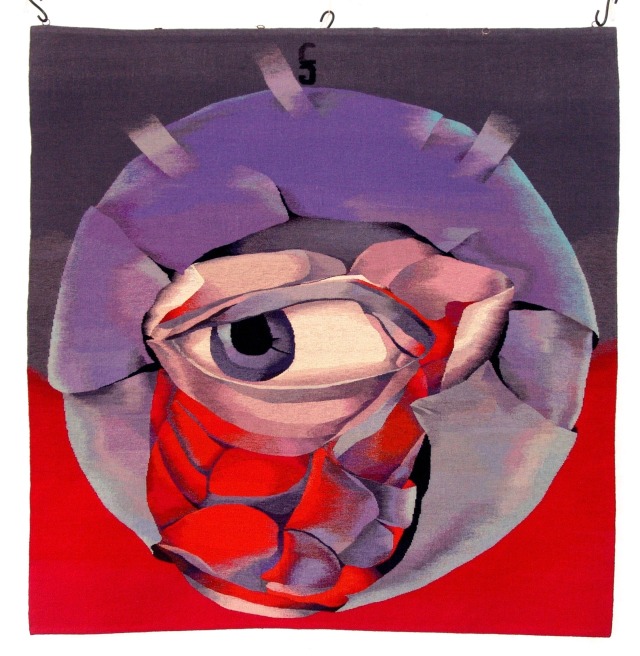 Lives and works in Bucharest, Romania.
Main field is tapestry, but she works also tapestry, drawing and painting in oil on canvas.

Constantin Severin (constantinseverin.ro) is a Romanian writer and, as a visual artist, the founder and promoter of the award-winning concept known as archetypal expressionism. He is the author of eight books of poetry, essays, and novels, and his poems have been published by major Romanian and international literary magazines. He is one of the editors of the French cultural magazine Levure littéraire.
View all posts by Constantin Severin →
This entry was posted in Art and tagged Brukenthal, Bucharest, Edit Andras, Else Janssen, Gabriela Cristu, romanian art, tapestry. Bookmark the permalink.