Posted on January 18, 2017 by Constantin Severin 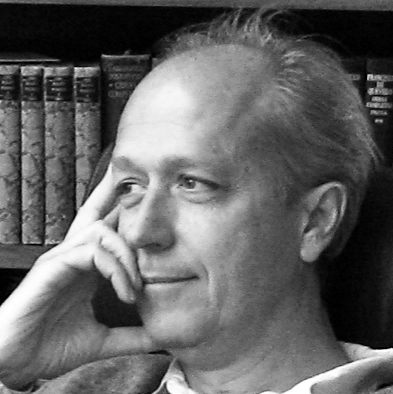 Interview with the Spanish philosopher and writer Amador Vega, Aesthetics and Theory of Arts Professor at Pompeu Fabra University, Barcelona and Visiting Professor of Philosophy and Aesthetics at the Karlsruhe University of Arts and Design in Germany.

– Probably fascinated by the dialogue between the visible and the invisible, your main field of study is Western mysticism and its relations with aesthetics. Did you find any models of knowledge in the Medieval thought which could still inspire and catalyze the actual thinking?

– For me the most important Medieval European thinkers were Ramon Llull, the first to write scientific and philosophical books in a non Latin language (vulgar tongue) and Meister Eckhart, who also wrote his treatises in Medieval German and Latin. They have elaborated a new kind of thought, searching their ways to the ancient philosophy in close relationship with Jewish and Islamic mysticism. The actual thinking needs to use Medieval metaphors of light, nothingness or night, in order to see the invisible inside the visible. We have forgotten that the negative way is something more than an isolated form of hermeneutics, the final scope of negativity is to join the positive side of every sentence or proposition. That’s why I was interested in abstract painters, because for me they were acting as theologians in Modern times.

– I know that you are, in my opinion, the best actual expert in Ramon Llull’s (1232-1316) works and life, the founder of the Catalan literature and of the multidisciplinary paradigm. Last year you have curated an exhibition dedicated to him and to his followers in contemporary art, ‘’The Thinking Machine: Ramon Llull and the Ars Combinatoria’’, at the Center for Contemporary Art in Barcelona. I invited you to join this issue not only because I’m one of the fans of your writings, but I also think that Ramon Llull’s thought is close to our theme, ‘’To Be or to Form an Integral Part?’’ How can you explain this almost Postmodern obsession of the Whole, which belongs to an amazing Spanish thinker from the 13th century?

– The obsession of the whole in postmodern times is the consequence of the lost of the analogical structure. Medieval thinkers, like Llull, conceived the whole as a scala creaturarum, a ladder in which every being was similar to the others, from the stone to the angels, and God Himself. The space of the divine creation was the field of similarities. The whole was the union of the exteriority – the world as we see, as we know…; the natural realm understood as the material and sensual one- and a inner conception of this exteriority. It was not a pure exteriority, an autonomous exteriority. The real reality was only a spiritual one and always to be conceived in terms of interconnectivity. The lost of the interiority, as a part of the reality, in postmodern times, has as consequence that the reality is only something exterior; there is only exteriority. But we need the nexus, because it is the only place where interiority and exteriority are realized as reality. To realize reality means to understand oneself as a co-author of the real totality, as a medium in the arbitrary world of the network.

– The inner life was one of the major obsessions of Rilke, who asserted that the artist must exteriorize the interiority of things. But I think that in postmodern era the interiority is already hybrid, a large part of it is being occupied by the virtual reality. Do you think, as an aesthetician, that these changes more particulary, the invasion of cyberspace and transhuman structures, provoked mutations in our life?

– We have no more a inner life in a literally sense. What does inner mean? The inner life in Rilke (Weltinnenraum) is something in between, perhaps similar as the mundus immaginalis of Henry Corbin and his Persian philosophers of the light (Sohrawardî). The question about the where (locus) is central in the mystical tradition of West and East: the place which is not a place, locus non locus for Augustin, the place to convert our being and where to be born to a complete new perception of the world. Inner life has a close connection to a mystical geometry of the soul and we need to develop a complete new spiritual anthropology, in order to perceive the locus for the authentic inner life.

– What can you tell us about the influence of Ramon Llull’s Ars Combinatoria in contemporary arts?

– The influence of Ramon Llull’s Ars combinatoria in contemporary art is illustrated, among others, by Dalí, Tàpies, Subirachs, who tried to incorporate some elements of the Ars Magna in their own work. The most relevant example is Dalí, who saw Llull as the father of Catalan thought and art, through the influence of Juan de Herrera, one of the constructors of El Escorial, the Palace-Monastery of Philipp II, who wrote an important book about the geometry of Ramon Llull. And in our days we have David Link, Ralf Baecker or Philipp Goldbach, three young artists who interpret in digital works the Ars Lulliana. But Llull is also present in the most recent performance of the Catalan artist and poet Perejaume, “La rayl de l’arbre és una roda”( The root of the tree is a wheel), a beautiful and intelligent installation in the exhibition from Barcelona (The Thinking Machine: Ramon Llull and Ars Combinatoria), at the same time being a lecture of the Lullian medical principles in a relationship with Galen’s Medieval medicine.

– After the big privilege to study Ramon Llull with you, I had the surprise to realize that Llull’s thinking and the world in which we live today are not so far apart, as you asserted, and to discover that the so called ‘’new’’ concept I launched in 2002, post-literature (https://constantinseverin.wordpress.com/2012/06/18/the-destiny-of-my-essay-on-post-literature/), focused on interdisciplinary work and hybridization, on substitution of confrontation between interfering disciplines by dialogue and cohabitation among them, on interchangeability and virtual textualism, belongs to Llullian tradition… Can we say now that the famous Renaissance’s sintagm, Uomo Universale, is also fitted to some early Medieval thinkers, like Ramon Llull?

– Yes, I agree with you: the uomo universale has remained as an ideal in the European mind. We are looking in the last decades to explain structures or grammars of creation which could contain the varieties of language experiences in a sort of «worlds in between» (that Ernst Bloch call: «Zwischenwelt») in which literature, poetry or painting will survive their own limits of expression. For Llull and Pico della Mirandola, during the Italian Renaissance period, the only scope was to render man as a part in the Divine Act of Creation, an Act of Creation who had no explicit linguistic terms, except «logos».

Vega has written many books and essays at the junction between aesthetics and religion. In this way, he published for example a monograph on Mark Rothko in 2010 (Sacrificio y creación en la pintura de Rothko). Furthermore, he has written various books on German and Spanish mystics. For example, Ramon Llull and the Secret of Life (2002). In 2016 he was the curator of the exhibition “The Thinking Machine: Ramon Llull and the ars combinatoria” at Barcelona Center of Contemporary Culture (CCCB).

Constantin Severin is a Romanian writer and visual artist, founder and proponent of Archetypal Expressionism, a highly regarded global art movement, which he founded in Bukovina, in 2001, as well as co-founder of 3rd Paradigm International Artists Group. A graduate of the International Writing Program at the University of Iowa, he has published ten books of poetry, essays and fiction. One of his poems was included in the 2014 World Literature Today anthology, After the Wall Fell: Dispatches from Central Europe (1989–2014), aimed at popularizing post-Wende Central European literature on the twenty-fifth anniversary of the fall of the Berlin Wall. Severin’s conceptual art and artworks have appeared in Artdaily, World Literature Today, It’s Liquid, Levure littéraire, Empireuma, Contemporanul, Vatra, Arkitera, Glare Magazine, Cuadernos del Ateneo, Dance, Media Japan, and other international art and literary magazines.

Constantin Severin (constantinseverin.ro) is a Romanian writer and, as a visual artist, the founder and promoter of the award-winning concept known as archetypal expressionism. He is the author of eight books of poetry, essays, and novels, and his poems have been published by major Romanian and international literary magazines. He is one of the editors of the French cultural magazine Levure littéraire.
View all posts by Constantin Severin →
This entry was posted in Literature, Post-literature and tagged Amador Vega, Ars Combinatoria, levure litteraire, Meister Eckhart, Pompeu Fabra University, post-literature, Ramon Lull. Bookmark the permalink.